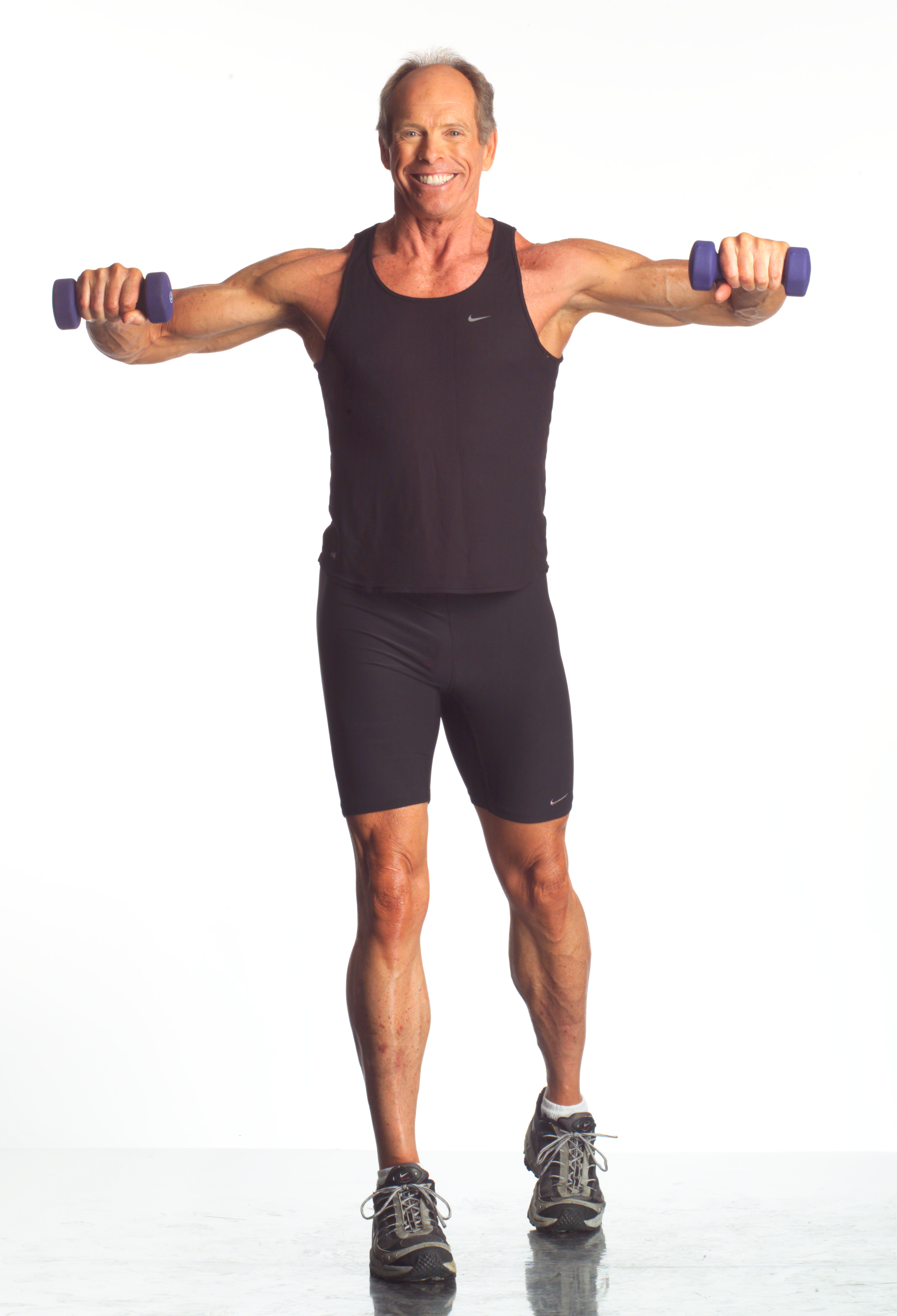 As I begin to think more deeply about my (New) Joe Dillon Difference Lifestyle, I see a framework or matrix. (Please see attached image). As you can see, on the top row we have the 3 themes that I have taught and coached for years. Optimal Health. Producing Peak Performance. And, Maximum Health Span.

Now, based on the last 10-12 incredible years of cutting-edge scientific research, we have 3 major perspectives on our 3 themes. Starting from the top down we have Deep History. Then Fundamental Concepts. And, at the bottom, we have Effective Actions. 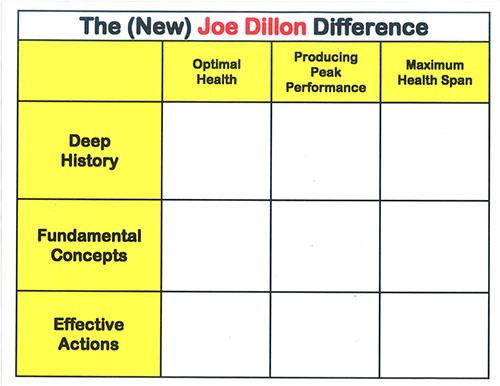 By Deep History I mean starting with the very beginning of our Earth 4.567 billion years ago. Next, what are the Fundamental Concepts of each of our 3 major themes? And third, what are the daily Effective Actions that create and sustain Optimal Health, produces Peak Performance and which builds robust and resilient health for the longest possible life span?

So with a very simple 3 x 3 matrix, we have 9 squares or windows. You can quickly see or envision that each window will be a chapter all its own.

No water, no life.

How did our Earth stay warm and create and sustain life when our early sun was so weak and put out only a fraction of the light and heat of our sun today? At midday our early sun looked and felt more like a red setting sun just about to disappear below the horizon.

I live at the beach in southern California. I time my 3 mile walks so I can see our sun bidding good bye to another day on the west coast of America.

Remember, we are talking about the very simplest, most primitive organisms that are the ancestors that led to all of us, homo sapiens, billions of years later.

These first life forms were so simple, so primitive they did not even have a nucleus. That came much later. With no nucleus, these earliest primitive life forms had no DNA. No genetic information. Just a cluster of molecules that make exact copies of itself. A more sophisticated version (RNA) came later.

It was not until about 2 billion years ago that our Earth’s atmosphere had enough oxygen to support more complex life and a new kind of cell. This new cell called a eukaryote cell had a nucleus with a lipid (fat) membrane and a primitive DNA genetic code. Not the 3.3 billion gene DNA we have today.

Our Earth had already been around 4 billion years when between 541 million years ago until about 530 million years ago the Cambrian Explosion took place. When oxygen levels crossed a certain threshold, there was an explosion of at first primitive, then more complex animals showed up in our oceans. These new animals were made up of eukaryote cells. Eukaryote cells have a full nucleus complete with DNA as well as mitochondria.

At about 3.5 million years ago, we have the famous “Lucy”. Lucy was 3 feet tall with a small brain like a chimp. Lucy still spent time in trees. Lucy ate a mostly vegetarian diet like a chimp chewing 5-6 hours a day in an effort to extract some nutrition from low quality plant foods. Lucy had a big belly like a gorilla or chimp because it took a week to ten days to digest all this crude fibrous food. Lucy’s kind thrived in the rain forests and jungles of Africa until about 2.5 million years ago.

The literal and metaphorical “low handing fruit” disappeared. Now our early ancestors faced a major evolutionary fork in the road. All there was to eat on these flat central plains were carcasses of hoofed herbivores such as antelopes deserted by big aggressive predatory cats.

Our ancestors were still only about 3 feet tall with small chimp-sized brains. We would be a snack for these big hungry predators.

Out of sheer existential survival necessity, we invented very crude primitive tools. Without tools our puny finger nails and tiny teeth could not get through the antelope hide or bones. These tools were so primitive and crude they were hardly recognizable as tools. But they were effective.

Walking on two legs we could see over the tall grass. We could spot buzzards circling a carcass. If we were quick enough we could hack off a hunk of meat or smash some bones to get at the high fat, nutrient rich marrow before nasty scavengers like hyenas arrived.

This massive climate change in the African ecosystem made a profound difference in our ancestors’ fate. On a nutrient rich diet of animal protein and animal fat our brains began to grow. With bigger, smarter brains we made better, more sophisticated tools out of volcanic glass called obsidian. Our tools were now razor sharp. We hafted these razor-sharp blades on shafts for viciously effective spears. We now became aggressive scavengers driving off even big predators to get at their kills.

A rich animal diet and evolution kicked in. We began to grow from a little over 3 feet tall to over 6 feet tall. (Maasai Warriors for thousands of years have thrived on a diet of meat and milk – they herd cattle – and are 6 feet 6 inches and taller).

We evolved from opportunistic scavengers to aggressive scavengers to endurance hunters. Tall and gracile, we could run for hours. Evolution selected for both endurance and our ability to sweat. We could stay relatively cool under the hot African sun. Antelopes can not sweat. They cool by panting. But they can not pant if you force them to run. So we kept them moving, would not allow them to rest, until they dropped from sheer exhaustion and we either killed them with arrows or simply walked up and stick a razor sharp spear in them.

As you can clearly see, our story of life on Earth gets pretty interesting. And I haven’t even finished the introduction of square one of our 9 square matrix of my (New) Joe Dillon Difference lifestyle.

The first major moral of our unfolding story is the amazing beneficial power of high quality animal protein. And to refresh your memory, whey protein isolate (JDD protein) is literally the highest quality protein on earth. 59% better, higher quality than second place which are whole eggs.

So do yourself and your family a favor.

Start every day with a 2 scoop Joe Dillon protein shake made with coconut milk. Salt to taste. Add ½ to 1 cup of fresh strawberries. Tip: blend your strawberries and salt and coconut milk first. Then add your 2 scoops of JDD protein last because it mixes so easily all you need is a few seconds and you’re done. An awesome tasting shake with incredible nutrition for your hungry high school athletes.

Your second JDD shake is immediately after your workout to take full advantage of the post workout anabolic (muscle building) window to kick start your recovery.

Thank you again for your business and your support.
Joe

Get Joe’s email newsletter packed with health information, fitness tips, and everything you need to know to live well.