"Uncommon valor was a common virtue."

Motivation: movement toward a goal.

Goals: accountability to one’s self.

I got an early introduction to the power of goals my junior year in high school. I was a fat, mediocre swimmer my first 2 years of high school. Start of my junior year, we got a new coach. He was demanding and worked us hard. I began to improve.

End of the season, I made the League Finals in the 100 yard freestyle. I came in second. It had been a very competitive race. The guy who beat me barely touched me out.

As we were catching our breath, what he said shocked me.

We were both still panting hard when he said with a straight face, “Is that the best you can do?”

He climbed out of the pool and walked away.

I didn’t say anything to anyone – not even consciously to myself.

But, from that day forward, I was on a mission.

No one knew what was building inside of me. 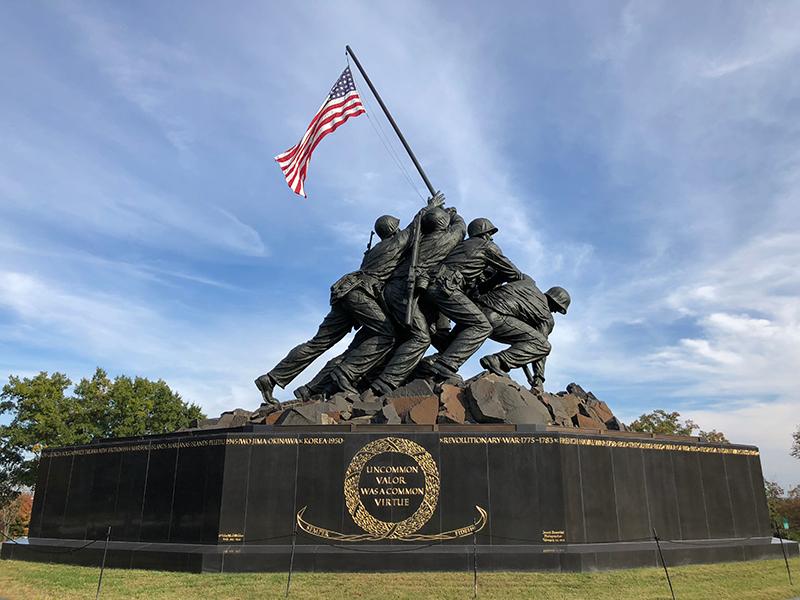 Cut to my senior year, I had not lost a race all season.

We met again in the 100 yard freestyle Finals. I won the race by 2 body lengths.

I was League Champion. Our team won the League Team Championship. I was voted team MVP. I made high school All American.

What had I learned?

I had not announced my goal to anyone. But following that narrow defeat, I worked even harder in practice. I gave up desserts. I got to bed early.

I had intuited a goal that motivated me to pay the price to be a little better.

I was quietly determined to win next time. I was motivated enough to do the little things that make all the difference.

I also realized I had 2 advantages: a tough coach who pushed me hard; and that little extra incentive to work harder, eat cleaner, and get more sleep.

Having a powerful enough goal, the right coach, and a supportive environment can lead to profoundly positive personal change.

Maybe your goal is to lower your triglycerides.

Step three: start keeping a daily food log – note of any deviation or off track behavior. Make special note of the glycemic load of any carbohydrates. Remember: fat and animal protein do not raise triglycerides – only high glycemic load carbs and any kind of alcohol.

Stay quietly determined. Review your food and exercise log with your coach every week.

As part of this 90 day process, you will notice increased energy, greater mental clarity, and your clothes getting looser.

At your 90 day retest, you will be gratified with your results.

As an example, a recent Inner Circle coaching client of mine, in 90 days dropped his triglycerides from over 250 to less than 50. He was pleasantly shocked he could so dramatically improve his blood panel by simply improving his diet and giving up alcohol.

Socially, he always had a Perrier and lime, or a club soda and lime in his hand. Most people neither noticed nor cared.

A simple, clearly defined, written down goal with a definite deadline is a very powerful, life changing process.

It is a tremendous confidence booster. If I can do this, maybe I can do that.

By quietly setting a significant goal, daily recording in your private log, you can accomplish some truly meaningful personal change.

We also provide tangible “follow me” leadership for our family and friends.

Throughout American history, we have had people who quietly went about deliberately living on purpose without drama or evangelizing. But who had and continue to have a profoundly positive impact on the lives of hundreds and thousands of Americans.

I am thinking specifically of Henry David Thoreau and his quiet experiment on the shore of Walden Pond near Concord, Massachusetts. He lived alone for 2 years in a modest little cabin. The book that came out of that experience is an American classic.

The Michael Phelps and the Tom Brady’s of our time quietly set standards of excellence (23 Olympic Gold Medals and 7 Super Bowl victories respectively) that will not be soon eclipsed.

I was recently asked by one of my Inner Circle coaching clients how I stay motivated after all these years (I was born in 1944).

I answered that I am inspired by people who quietly walk their talk.

I am reminded of the Iwo Jima memorial near the Arlington cemetery in Washington, D.C.. I was a United States Marine. In 1966 – 1967 I served a combat tour as a squad leader in the jungles of

Vietnam at Con Thien near the DMZ. On a blistering hot afternoon around 1 pm on September 3, 1967 with less than 2 weeks to go on my 13 month combat tour, I was shot through my right

thigh by an AK-47 assault rifle. Pinned down for over 6 hours, I was finally medevaced by helicopter out to the carrier Tripoli. It was 3 months before I could walk without a cane.

In the Battle of Iwo Jima, virtually all of the 21,000 Japanese defenders were killed. More Marines earned the Medal of Honor on Iwo Jima than in any other battle in U. S. history.

It still gives me chills to recall the quote from Fleet Admiral Chester Nimitz inscribed on the base of the Iwo Jima monument: “Among the men who fought on Iwo Jima, uncommon valor was a common virtue.”

Thank you for your support. I appreciate your business.

Thank you for listening.

Get Joe’s email newsletter packed with health information, fitness tips, and everything you need to know to live well.